Is that really David The Recording Booth playing acoustic guitar for 90s dance-music-pioneers Sunscreem? What is this madness?

A bunch of years ago in deepest, darkest Essex I did some acoustic guitar sessions for a couple of nearby musician/producers. They’d seen me playing guitar with AloneMe at a local festival and liked my style, so off I went to their studio. It turned out they were Paul Carnell & Lucia Holm, who, once upon a time in the 90s were major-label dance pioneers and hit-machines Sunscreem. 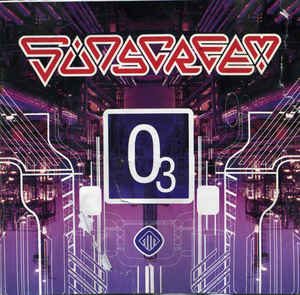 They’d had a whole bunch of hit singles (Pressure, Love U More, Perfect Motion, Broken English, Exodus…) of course, but at the time of doing the sessions Paul & Lucia weren’t sure what was going to happen to the new tracks, if/when they would get released etc. “Sunscreem” wasn’t active at that time, but the guys were still busy making music with half an eye on releasing something in the future. Personally I didn’t mind because it was great fun working with them. They’re lovely people and very clever musicians & producers. I just felt chuffed to be asked. I’m now extra-chuffed as it turns out one of the tracks I played on did get released…

Fast-forward to March 2017 and whilst shuffling through my CD collection for something lively to kick-start a slow day, I re-discovered Sunscreem’s 1993 album “O3”. Perfect! I put it on nice and loud and then got to thinking… I wonder if anything happened to those songs I played on back in the Essex years? Off to Google-land and sure enough, Sunscreem were back with a new album (“Sweet Life“, released in 2016). “Ooh look, a video for a new single ‘Here’s The Summer'” said I. “Ooh, hang on, that sounds familiar” said I a couple of minutes later.

Anyway, yes, it is me and my delightful Martin D35… and a great track it is. Bittersweet and uplifting. Ok, I’m biased as my guitar features quite prominently, but I can thoroughly recommend spending four-and-a-half minutes of your life over here:

Then go and check out the rest of the album, say hello to Paul & Lucia & say I sent you. 🙂

View all posts by: David Booth